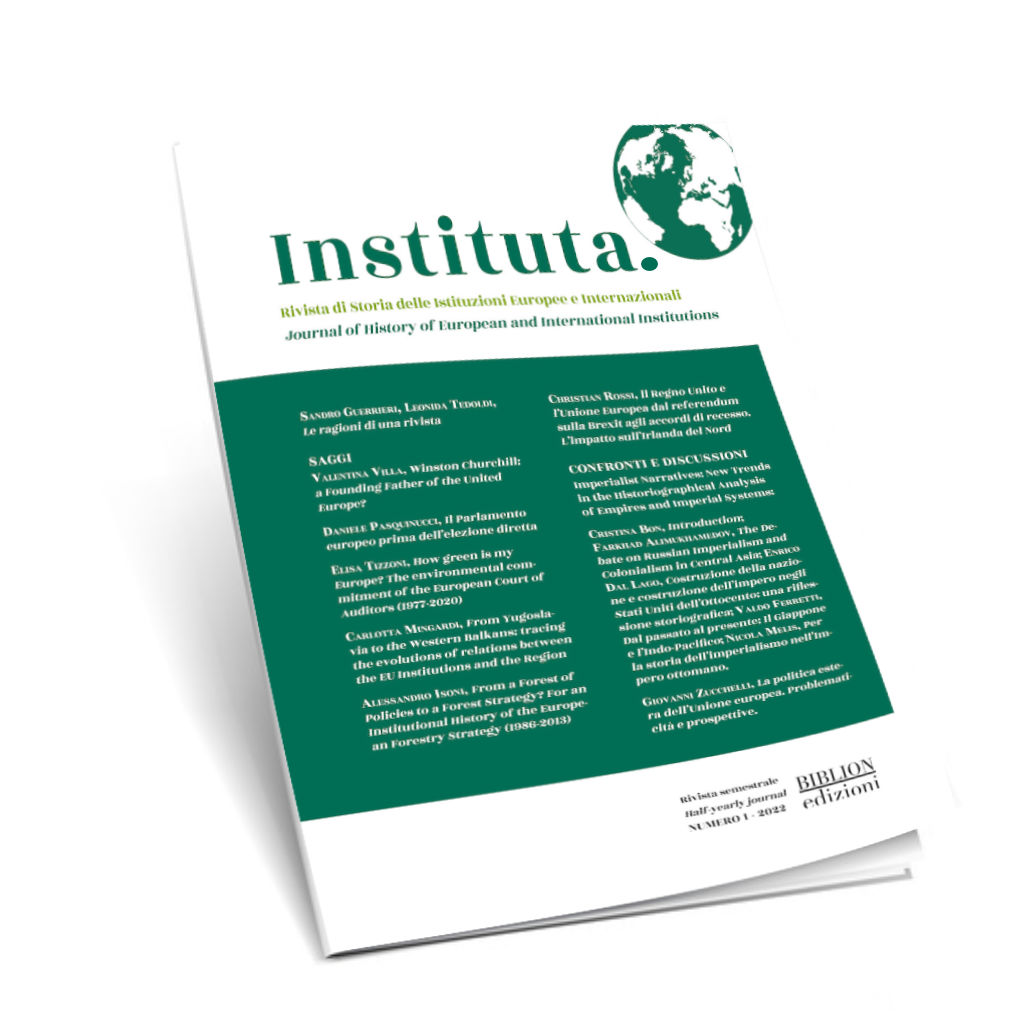 The new half-yearly history journal of European and international institutions

Instituta. is a peer reviewed online journal. Its main aim is to give quality research papers. It provides platform to academicians, phd students, professionals, and it publishes only original research papers.

The reasons for this journal

by Sandro Guerrieri and Leonida Tedoldi

Our project stems from a comparison within a scientific field, the history of political institutions, which has recently extended from the study of national and territorial institutions to that of European and international institutions. These are topics of investigation that are now decisive in analyzing in depth the Western and world history of the twentieth century and the new century, and which in some ways represent our "frontier".
This journal, which will see the light of day in this complex phase of emerging from the pandemic and also marked by the Russian invasion of Ukraine, is therefore located, like all frontier places, at the crossroads of different historical research experiences and, for this reason, it is also aimed at favoring "interdisciplinary" encounters and comparisons, a dimension that we deem indispensable in order to deal with the high level of complexity that the history of European and international institutions places before us. The institutions will be analyzed in terms of their structure and internal dynamics – with a reconstruction of the behavior of the various actors that animate them – in their interrelationships and also in their relationship with the nation-states.
For these reasons, the review will be divided into three parts. The first one will focus on the European institutions: at the centre of the analysis of course there will be the structures of the Communities and of the European Union, but the study of organizations such as the Council of Europe will not be neglected. The second one will focus on international institutions, starting with the UN and its specialized agencies. Finally, the third part, in keeping with the scholarly interest in a consolidated historiography of colonialism, will be devoted to the empires of the twentieth century up to the phases of their collapse that triggered the process of decolonization. 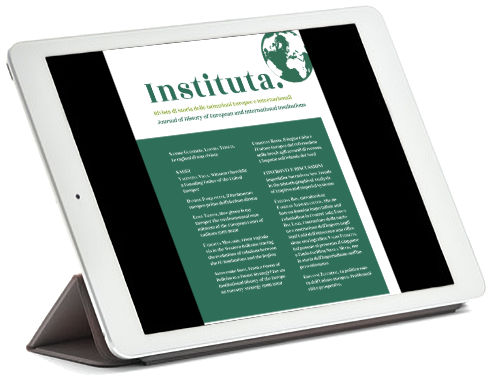 The submissions should be made online at the redazione@instituta.it. The submitted papers can be in Italian, English, Spanish, and French and should be original, unpublished and not submitted to any other journal.
The papers accepted for publication will be subjected to a rigorous peer-review.
According to a double-blinded peer-review report, the editorial staff can decide to accept, reject or re-submit the manuscript after the suggested changes.